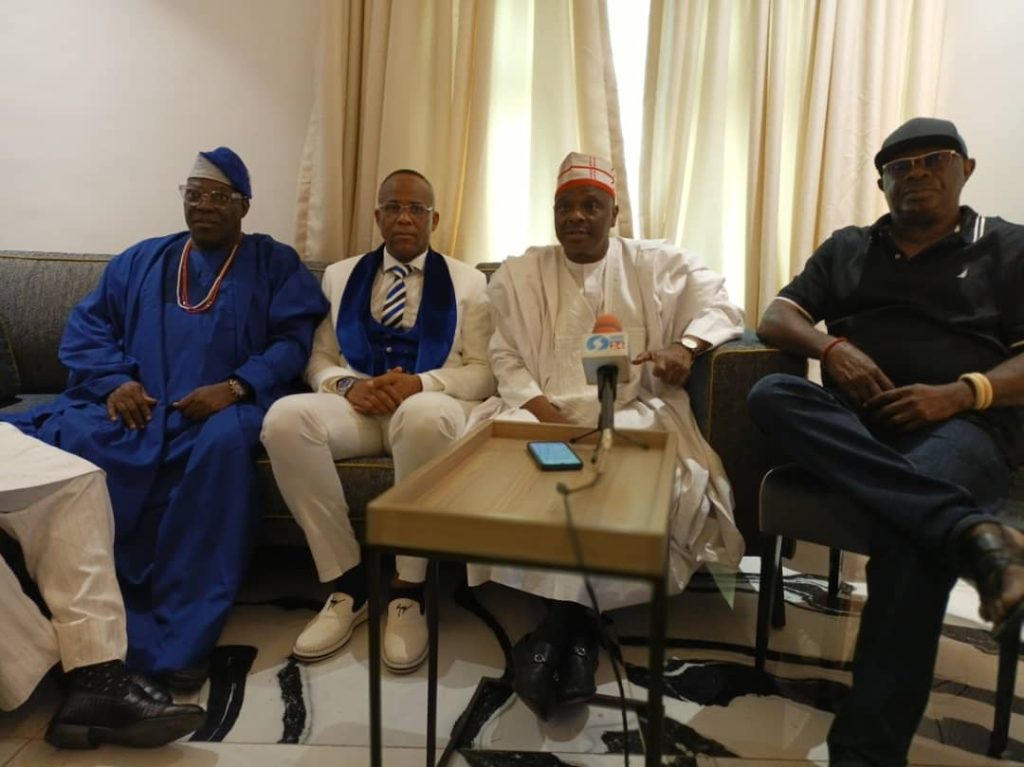 Rabiu Kwankwaso, the new Nigerian People’s Party presidential candidate, met the leadership of the newly formed Yoruba socio-cultural group Afenifere on Sunday to seek support ahead of the 2023 general election.

At the meeting, Kwankwaso pledged to implement inclusive governance and positively influence across the country.

The former two-term governor of Kano state has promised that his party will save the country from all challenges and put it on a more progressive track.

“Let me, on behalf of the members of our party, thank the leadership of New Afenifere for thinking we deserve this recognition.

“I’m not surprised that these young people decided to support us because even in Kano, the Northwest and the South, we have young men and women who support this cause.

“I believe the NNPP is for young people, the world, and everyone. So, I want to thank you for your vision and for doing the right thing.

“I want to assure you that our party will lead each and every one of you on a national, regional, state and even grassroots level,” he said.

Kwankwaso said the challenges facing the country are related to the type of leadership the country has had since it returned to democratic rule in 1999.

According to him, the country needs new ideas, new thinking to change the status quo and allow citizens to enjoy the dividends of democracy.

“Our party is here to make sure every child gets an education, not their financial situation.

“I appreciate your time and I want to assure you that we will work together in the South West and Nigeria,” Kwankwaso said.

Earlier, Mr. Ajibade Adeyeye, coordinator of the new Afenifere, said his team had chosen to be associated with the NNPP because of Kwankwaso’s track record.

As a related socio-political umbrella, the group has decided to prepare for the upcoming 2023 general election, Adeyeye said.

“We call on our elder statesmen to stop imposing on us and allow us to choose the presidential candidate we like, because we believe we are old enough to make decisions for ourselves and our future.

“Therefore, on behalf of the new Afenifere, we have decided to go forward and support Kwankwaso and his running mate Bishop Isaac Idahosa.

“I implore all Yoruba races, all Afenifere lovers, all those who yearn for good governance, who really want true democracy to continue in Nigeria, to join us,” he said.

He expressed confidence that Kwankwaso would not fail Nigerians if elected.