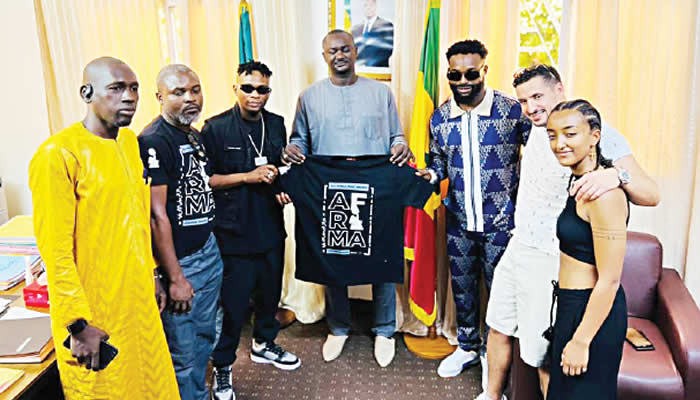 The eighth edition of the All Africa Music Awards was scheduled to take place in Dakar, Senegal, from January 12 to 15, 2023.

The development was confirmed in a statement by AFRIMA communications manager Chinonso Ihekire, who said Senegal would be the first French-speaking country to host the prestigious award, adding that the deadline for voting to nominate candidates had been pushed back to 2023 January 13th at 11pm.

The Senegalese government agreed to host the awards ceremony at the United World Media Conference at the King Fahd Palace Hotel in Dakar, Senegal, on Friday, November 4, 2022, Ihekiel said.

“The awards ceremony will now take place in Dakar, Senegal, from 12 to 15 January 2023, as jointly announced by the AFRIMA International Commission, the African Union Commission and the Republic of Senegal, moving up the previous dates by 4 weeks.

“It also means that the voting deadline for nominees will now be pushed back to 23:00 (CAT) on 13 January 2023. This will be the first time a major awards ceremony will be held in a French-speaking country after previous editions.

“The meeting was attended by representatives of the Minister of Culture and Communication of Senegal; Dr. Massamba Gaye, Special Adviser to the President of Senegal, and local and international media professionals.

The African Union is delighted to host the awards ceremony in the French-speaking region, Angela Martins, Director of the Culture Division of the Social Affairs Department of the African Union Commission, was quoted as saying.

Part of the statement read: “Since the inaugural awards ceremony in 2014, AUC has been a strong partner and collaborator of the prestigious awards. AFRIMA has grown into the only continental platform to promote and disseminate the musical works of African musicians. And immeasurable talent comes from the younger and older generations.

“As you know, Senegal is known for its huge investment in art, culture and heritage. So hosting the AFRIMA party is a step in the right direction to reclaim the beautiful city of Dakar as the center of African and world music one of them.”

The Minister of Tourism and Air Transport of Senegal, Aliune Sal, represented by Philippe Ba, said in his acceptance speech that Senegal is the hometown of football champions.

“Now Senegal is also positioning itself as a music champion because we are hosting the 8th AFRIMA. We are delighted to know that Senegal becomes the third country and the first French-speaking country to host this event,” he said.