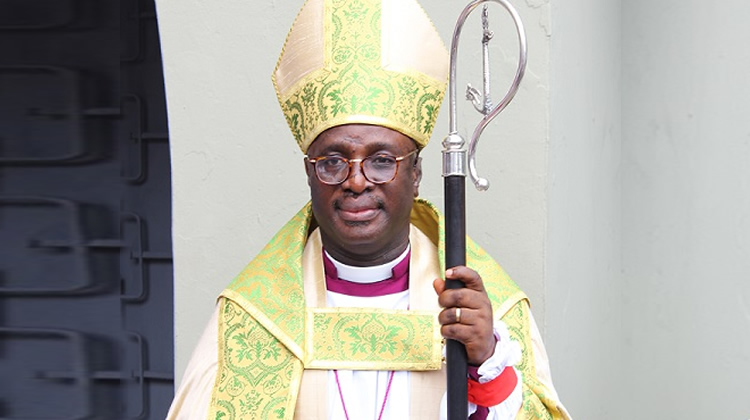 The Governor of Lagos State, Mr. Babajide Sanwo-Olu, expressed his sadness at the passing of Humphrey Olumakaiye, Archbishop of Lagos Province, Church of Nigeria (Anglican).

Olumakaiye died Monday after a brief illness at the age of 53. He served as the first bishop of North East Osun in 2009 before being transferred to the Diocese of Lagos in 2018.

A statement signed by Ladeinde and Oyebanji said details of his funeral would be released soon.

Part of the statement read: “His bishop’s stay in the Diocese of Lagos and subsequent bishoprics in the province has been marked by an astonishing, physical and spiritual development of which we will all be very proud.”

In a statement issued Monday by its Chief Press Secretary, Mr. Gboyega Akosile, Sanwo-Olu said the death of the bishop is a huge loss not only for the Anglican Church, but also for the Lagos Diocese and the entire Lagos State.

He said: “On behalf of the state government, the good people of Lagos State and my lovely wife, I sympathize with the Church of Nigeria (Anglican Church) on the passing of the Archbishop of Lagos Province, who is also Bishop of the Diocese of Lagos. and Missionary, Most. Rev. (Dr) Humphrey Bamisebi Olumakaiye.

“I was taken aback by the passing of Archbishop Humphrey Bamiseby Olumakaye, a fellow Anglican I have known for many years. His passing is a huge loss for the Anglican Church, especially the Diocese of Lagos But we must always take comfort from God, our bishop living a good life and serving humanity with passion.”

Likewise, Bishop Stephen Adebit, president of the CAN Lagos told fist In a phone interview on Monday, Olumakaye, his friend and brother of 34 years, added that his legacy will not be forgotten.

He said: “He was a very close friend and brother of mine for 34 years. We went to seminary together in 1988 and God helped us. We have been in his illness for the past six months, but we thank God, He has given his share to the development of the body of Christ in Nigeria, especially in the Anglican Church, and of course the body of Christ in general.”