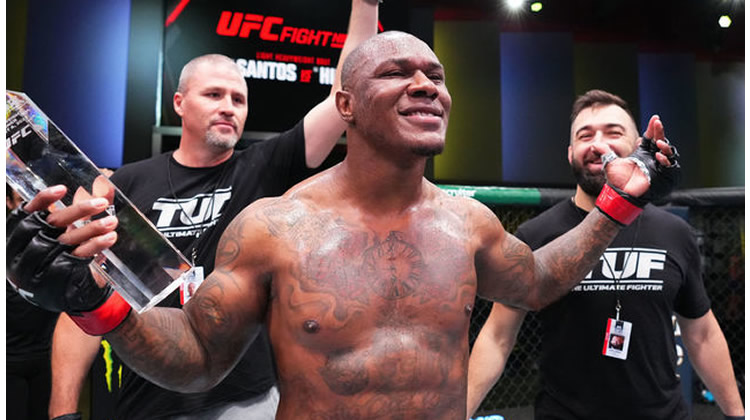 Former welterweight champion Kamaru Usman has dropped again in the UFC’s pound-for-pound rankings after giving up his No. 1 spot for the first time since losing to Leon Edwards in a title fight.

Usman was on his way to another decisive victory, but with a minute left in the fight, Edwards grabbed his opponent with a header, knocking him down.

The Nigerian Nightmare’s reign as the UFC welterweight champion ended after five successful title defenses. He was relegated to third in the organization’s sterling list.

However, Islam Makhachev moved up to No. 3 in the latest UFC pound-for-pound rankings after his overwhelming victory over Charles Oliveira last weekend, making him the UFC lightweight champion.

As a result, Featherweight Champion Alexander Volkanovski remained at the top of the pound ranking, while Israel Adesanya was second and Makhachev ) rose to third, while Usman dropped to fourth.

Usman did stay above Edwards on the pound-for-pound list, with the Jamaican-British fighter moving up to fifth in the rankings thanks to his victory over the Nigerian.

Edwards, who wasn’t on the pound-for-pound list before beating Usman, is now down one spot from seventh to fifteenth.

Usman has already expressed interest in fighting Edwards for a third time in an attempt to reclaim the UFC welterweight title he first won in 2019.

The first fight between the two took place in December 2015, when Usman won by unanimous decision.

Edwards has not lost since, as he has won 10 of his last 11 matches and last year’s match against Belal Mohammed was ruled a no-match due to eye poking, who could not continue.