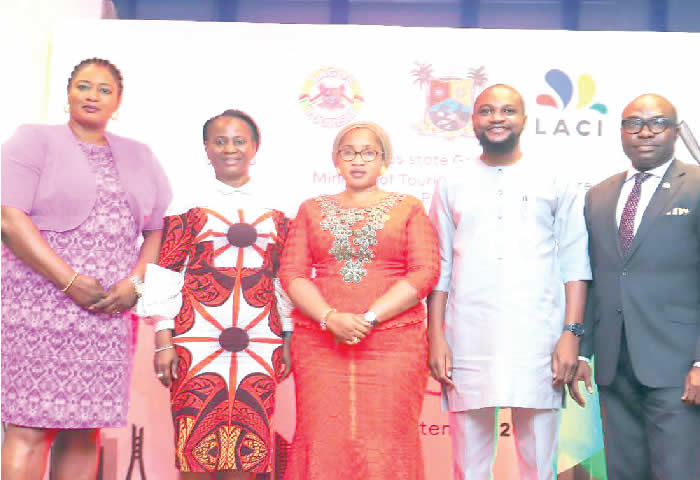 Lagos State is known as the entertainment capital of Nigeria, and this is rightfully so because most of the big entertainment events and activities in the country hold in the state fondly referred to as the ‘land of aquatic splendour’.

The Commissioner for Tourism, Arts and Culture in the state, Uzamat Akinbile-Yusuf, has also been passionately working hard and coming up with different innovations to make the state really stand out in that regard.

During the week, at a media parley in Ikoyi, Lagos, Akinbile-Yusuf reeled out the achievements of the ministry since she came on board. She expressed gratitude to Governor Babajide Sanwo-Olu for giving her the opportunity to lead the ministry for the past three years.

She said, “The current state of entertainment, arts and tourism in Lagos State is not standing alone but part of the governor’s T.H.E.M.E.S agenda that follows the roadmap for the continued growth of the state.

“In close to four years, we have not worked in isolation. One cannot talk about tourism without discussing security and transportation amongst other things, so we collaborate with other agencies and ministries to achieve all these feats.”

The commissioner also recalled that Governor Sanwo-Olu had approved the constitution of a COVID-19 Pandemic Review Committee to review and assess the impact of the pandemic on the tourism sector in the state. The committee, which was chaired by veteran actress, Joke Silva, recommended that the sum of N1bn be approved as a single-digit soft loan for the tourism and entertainment sector in the state to cushion the effect of the pandemic.

This was in addition to a 50 per cent rebate on registration and renewal fees for hospitality and tourism establishments given in 2020.

Akinbile-Yusuf also reiterated her belief that ‘tourism, arts, culture and entertainment are our oil, which we can export and leverage to boost our economy in Lagos State’. According to her, that was what informed the creation of the Lagos State Creative Industry Initiative, under which several capacity building sessions had been held for talented youths in the state. She added that the governor believed so much in the youth and was ready to support them in every way possible.

This was even as she noted that through the state’s partnership with stakeholders and seasoned hands in the industry, such as EbonyLife Academy, Del-York Academy, Africa Film Academy, and Temple Studio, over 3000 youths in the creative industry had been equipped with the necessary skills to take their careers to the next levels. She added that some of the beneficiaries’ films were premiered at the respected 2022 Toronto International Film Festival.

Listing other achievements of the ministry, Akinbile-Yusuf, recalled how the state made it to the Guinness Book of World Records for laying the largest cupcakes mosaic in the world history. She also stated that the establishment of a special interest-free loan for filmmakers tagged ‘Lagos Film Fund’; the refurbishment of the Glover Hall theatre, the John Randle Centre for Yoruba Culture and History, were other milestones that had helped to further put Lagos on the world map in the area of tourism.

Recall that in 2021, Governor Sanwo-Olu had launched the Lagos tourism masterplan and policy, to lay the foundation for developing a comprehensive and sustainable tourism strategy for the state.

Akinbile-Yusuf added that the Lagos Cultural Village in Alimosho, and the Lagos Film City in Epe were other initiatives that had positively impacted the lives of many in the state.