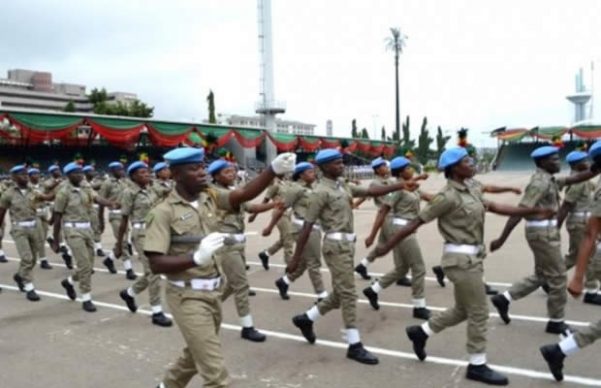 As Nigeria joins the rest of the world to commemorate the 2022 International Day of Peace, the Nasarawa State Command of the Peace Corps of Nigeria has tasked residents of the state to continue to live in peace and harmony irrespective of their tribal and religious backgrounds.

The International Day of Peace which was initiated by the United Nations in 1981, and celebrated across the world on September 21 every year, has continued to be observed by many nations, political groups, military groups and people.

Speaking while marking the day at the Peace Corps Headquarters in Lafia on Wednesday, the State Commandant, Bala Joshua, said the campaign for the sustenance of peace and harmony in the state became necessary because no society can be developed in an atmosphere of rancour.

Joshua who was represented by the Deputy State Commandant, Operation, Ahmed Yakubu, said because of the forthcoming Nigeria elections in 2023, the theme for this year’s celebration tagged “End Racism. Build Peace” was domesticated as “End Tribal and Religious Bigotry. Build Peace.”

He said, “Nigeria is in the vicious grip of inexplicable violent killings of horrendous proportions. Our nation has become a theatre full of tension, violence, declining values, electoral fraud, social injustice, ethnic and religious intolerance, among other challenges.

“It is our firm belief that we need to do more on uniting Nigerians in our corporate efforts towards ensuring a peaceful society regardless of tribal or religious affinity.

“The focus of Peace Corps of Nigeria and our partners for this year’s event is more of advocating for an end to the hydra-headed challenges of ethnic and religious sentiments which have over the years, eaten deep into the fabric of our society in the most negative way.”

Joshua cautioned officers of the command to avoid being used as tools of disunity and rancour by desperate politicians during the 2023 general election, adding that any of the PCN personnel caught engaging in such acts, would be sanctioned accordingly.

“I would like to express my gratitude to the PCN National Commandant, Dickson Akoh, for approving and providing the resources for this programme to be held today. We promise to continue to do our best to maintain peace in Nasarawa State and Nigeria at large,” The State Commandant added.

Our correspondent reports that the ceremony which was attended by several dignitaries featured presentation of awards to deserving personnel of the PCN Nasarawa State command.