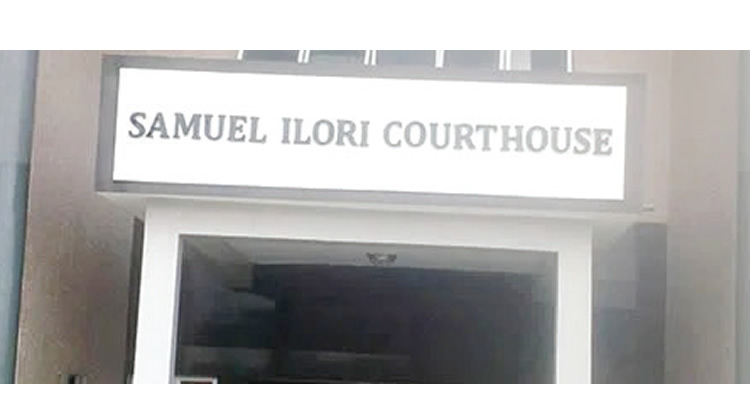 The defendant is facing two counts of breaking into a house and stealing the property of one Lateef Adebayo on June 15, 2022, at Omole Estate in the Ikeja area of the state.

The police prosecutor, Josephine Ikhayere, said the offences were punishable under sections 168(d) and 287 of the Criminal Law of Lagos State 2015.

During the trial on Monday, the complainant, Lateef, who was led in evidence by Ikhayere, played videos from the closed-circuit television, which showed the defendant’s acts in the building.

While playing the videos, Lateef said the defendant entered the premises without permission and shut himself in.

He said, “We were not around. He put on the lights and went straight to the upper room where we have our bedrooms. He spent over 20 minutes inside the building.

“The housekeeper came in but couldn’t enter and started banging the gate. After waiting for about five minutes, he saw through the hole of the gate that Paul Adebayo was coming out from the main building. He (Paul) also tampered with some of the videos.”

Lateef also tendered a wristwatch which he said was missing after the defendant broke into their home.

He said, “The wife of the defendant brought the wristwatch to the police station. We have been looking for this wristwatch for over a month. The police released it to me on bond.”

He said the total value of property stolen from his home was N6,179,500, including his wife’s jewellery.

The court admitted the videos, wristwatch and other documents tendered by the prosecution as exhibits.

Magistrate Owolabi adjourned the matter till September 22 for continuation of trial.